New Study May Explain Why So Many Regret Tattoos 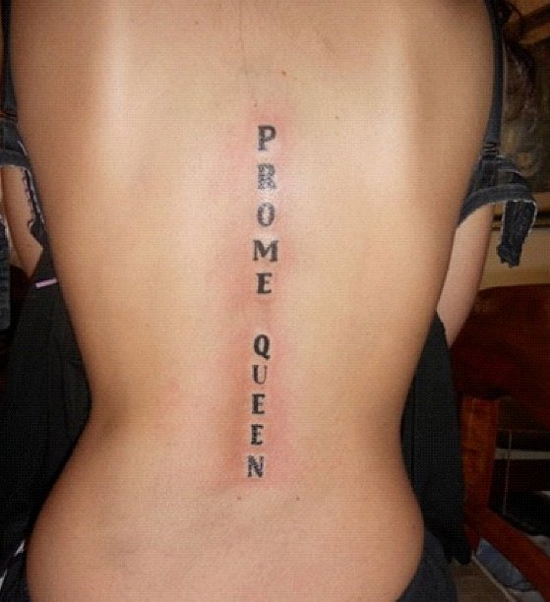 how individuals perceive their personalities and how much they will change in the future. The results may help explain why so many individuals come to regret the tattoos they get as youths.

The study conducted by psychologists at Harvard and Virginia University asked 19,000 people to complete personality assessments. Some of the people were asked to explain how they’d changed in the last ten years while others were asked how they expected to change in the next decade. The researchers then compared how 40-year-olds said they’d changed in the last decade with how 30-year-olds predicted they would change in the next ten years.

The results are really interesting. The researchers found that the 30-year-olds strongly underestimated how much their personalities would change in the future as compared to the actual changes that 40-year-olds recollected. In essence, it seems to indicate that most of us think that our personalities are fundamentally set. What we like today will be what we like tomorrow and the next year and the next decade.

The truth, at least as far as the researchers of this study are concerned, is far more complicated. It seems that time has a way of changing all of us. Over the years, we meet new people, confront new experiences and perhaps see issues and preferences in a different light. All told, our future selves may have trouble recognizing and reconciling with the people we are today.

So, what does this possibly have to do with tattoo laser removal? Well, the study may just explain some of the reasons so many people come through our doors wanting to remove something they paid good money for and endured a lot of pain to get permanently inked onto their skin.

Many people consider their tattoos to represent a fundamental aspect of their personality. Maybe a tattoo fits an individual’s sense of rebellion, maybe it commemorates a favorite band, a dedication to a particular sport or hobby or a movement or ancestry that an individual feels closely aligned with.

In ten years, however, that rebel without a cause could be hiding his tattoo in boardroom and PTA meetings. The girl who had ice skates tattooed on her wrist may now be an ardent marathoner, and the guy with a band’s logo might now find their music irrelevant.

The study in Science predicts that each of us will change a lot in the coming decades, while our tattoos may not, which is why we at North Houston Laser Tattoo Removal are in business and happy to help you get past your old self and make way for the new.