The Army is Going to Implement New Tattoo Rules 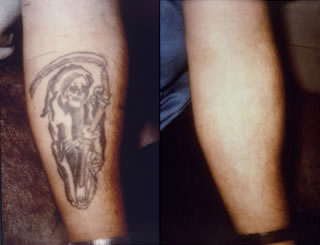 The US Army is set to regulate tattoos tattoos on incoming recruits even further. New regulations state that soldiers will not be allowed to have tattoos that show above the neckline, below the elbow and below the knee. Current policy states that no soldier may have tattoos anywhere on the head, face, and neck above the class A uniform collar.

What about soldiers that already have these prohibited tattoos? According to the new policy, soldiers who currently have tattoos in banned areas will be grandfathered in. As always, tattoos that are racist, extremist or sexist are banned as well. The changes are expected to take effect in the next 30 to 60 days and only apply to the Army at this time. If you or a loved one are planning on joining the Army and have tattoos in banned places, be sure to give us a call and look into having those tattoos removed.